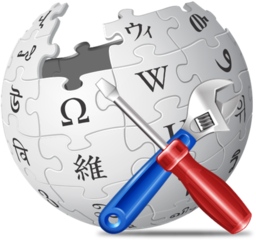 For several years now Rome Viharo has been documenting his disturbing Wikipedia experiences on his website Wikipedia, We Have a Problem. His latest post is an excellent case study on the harassment, libel and slander routinely practiced by some editors of the king of encyclopedias.

There is a disturbing pattern of behaviors evolving across Wikipedia – a number of skeptic activists on Wikipedia believe that only they are qualified to edit a large swath of topics and biographies on Wikipedia, and they seek to purge other editors from those articles or Wikipedia itself. Skeptic activists take this very seriously and treat Wikipedia like a battleground for their activism, where online harassment, slander, bullying, character assassination, and public shaming are all used as tactics to control editing permissions on the world’s largest repository of knowledge.

It’s not just individuals who are subject to harassment; entire fields of scientific and medical research are being targeted [e.g. Dysfunction at Wikipedia on Homeopathic Medicine, Huffington Post]. In 2014 the ACEP went so far as to create a formal petition demanding changes to Wikipedia policies which 11,519 people signed. How did Jimmy Wales, founder of Wikipedia, respond to all these people?

No, you have to be kidding me. Every single person who signed this petition needs to go back to check their premises and think harder about what it means to be honest, factual, truthful. Wikipedia’s policies around this kind of thing are exactly spot-on and correct. If you can get your work published in respectable scientific journals – that is to say, if you can produce evidence through replicable scientific experiments, then Wikipedia will cover it appropriately.

What we won’t do is pretend that the work of lunatic charlatans is the equivalent of “true scientific discourse”. It isn’t.

One might argue that Jimmy Wales is simply ignorant of the facts or in denial of the sickness that’s taken hold of his creation, but the tone and content of his response falls right in line with the disruptive, head-in-the-sand, bully editors which inspired this petition in the first place. Ironically, the ACEP (Association for Comprehensive Energy Psychology) had been trying to correct factual errors on articles about energy psychology and add references to work published in respectable scientific journals but were blocked at every turn with the same irrational arguments and harassment Rome Viharo and so many others have suffered through.

There is an increasing body of peer-reviewed research regarding energy psychology that has been published in mainstream scientific journals. But the pages of Wikipedia have repeatedly been overwritten to ignore any reference to these scientific findings.The content is controlled by a very small cadre of self-proclaimed skeptics who flagrantly disregard all research and commentary that doesn’t fit their own point of view. Repeated attempts over many years by ACEP members and others to engage with Wikipedia’s process in order to improve these pages have met with no success.

But wait, are these journals they refer to really all that respected? In her response to Jimmy Wales’ comment, ACEP President Debby Vajda listed some of them: the American Psychological Association, the Journal of Clinical Psychology, the Journal of Nervous and Mental Disease, Primary Care and Community Psychiatry, Psychotherapy, Psychotherapy: Theory, Research, Practice, Training, the Review of General Psychology, and Traumatology. She writes:

Every edit to the energy psychology Wikipedia page that attempts to reference findings from these well-respected, scientific journals is summarily deleted… The American Psychological Association does not think we are “lunatic charlatans.” Neither does the Association of Social Work Boards, the National Board of Certified Counselors, or the National Association of Alcohol and Drug Abuse Counselors, all of which approve ACEP to provide continuing education to their professional members for the study of energy psychology.

The Wikipedia page is out of step with existing peer-reviewed research on this topic, and opinionated, self-described “skeptic” editors are resisting any change.

Either Jimmy Wales truly believes these journals and institutions to be insane and fraudulent or he’s truly ignorant, which could be said of most of these warrior skeptics who battle anyone crossing “their” territory. Perhaps Jimmy needs to check his premises and think harder about what it means to be honest, factual, truthful.

Remarkably, Larry Sanger, the co-founder of Wikipedia (some might argue the real founder) actually left the organization early on because things were already getting bad, saying, “In some fields and some topics, there are groups who ‘squat’ on articles and insist on making them reflect their own specific biases. There is no credible mechanism to approve versions of articles. The people with the most influence in the community are the ones who have the most time on their hands — not necessarily the most knowledgeable — and who manipulate Wikipedia’s eminently gameable system.” In 2005, Jimmy Wales began explicitly denying that Larry was co-founder (so much for the facts), though Wikipedia does identify him as such.

From an Insider interview with Larry:

“There was a very strange back-and-forth between Jimmy Wales and I”, added Larry. “I said ‘there’s these two problems that you really need to solve’. One of them was making it easier to get rid of the real troublemakers on Wikipedia – they had essentially run rampant in the system, and it was very rare for anyone to be banned. And the second problem, as I’ve said, is there needed to be some way of encouraging experts to participate. Without that, I felt Wikipedia would always be an amateur resource. Which is how I think it worked out.”

According to Larry, Jimmy Wales denied that these were problems and “dismissed them contemptuously”.

Open contempt, dismissal of evidence, denial of facts: are these not the hallmarks of a pseudoskeptic?